Four Things In Bali Culture You Must Experience

Those planning a trip to Bali would be well-advised to take the following advice: Don’t just go there to languish in the sun for a weekend on the beach! The island of Bali is one of the world’s most exotic, dynamic, and fascinating cultures, ripe with a dazzling array of local color and a deep culture that will be worth your while to explore. Just off the top, here are some aspects of Balinese culture you ought to at least take in once in your life, just to cross them off your bucket list:

Balinese Dancing Dance ceremonies in Bali stride the line between religious ceremony and deliberate performance art. Bali is a very ancient culture dating back to 2000 BC, and their dances have evolved continuously since that time. Like a stage play or an opera, there’s characters and a story, all with the performers decked out in intricate costumes that will dazzle your eyes. Find out the story behind each traditional dance, and the variations from place to place. You will be fascinated, and maybe even pick up a few lessons from Balinese beliefs. One good site on Balinese dance here.

END_OF_DOCUMENT_TOKEN_TO_BE_REPLACED Bali | A Paradise on Earth

Bali: A Paradise on Earth

Bali has become one of the most sought after tourist locations on the world map in the past few decades. In a recent meeting, the Indonesia Sustainable Tourism Development (ISTD) struck up a plan to ensure that Bali continues to develop as a tourist destination while retaining its eco-friendly green nature. This implies that Bali would continue to remain a great place to spend some time off.
As a tourist spot, Bali offers a wide range of activities and pass times to indulge in.

Blessed with pristine oceans and rich cultural history, there is something for everyone in Bali. While planning your trip, ensure that you ear mark the most important places you want to visit so that you are not wasting time picking and choosing while you are there. The most popular attractions in Bali include museums, beaches, textiles and art and culture.

END_OF_DOCUMENT_TOKEN_TO_BE_REPLACED 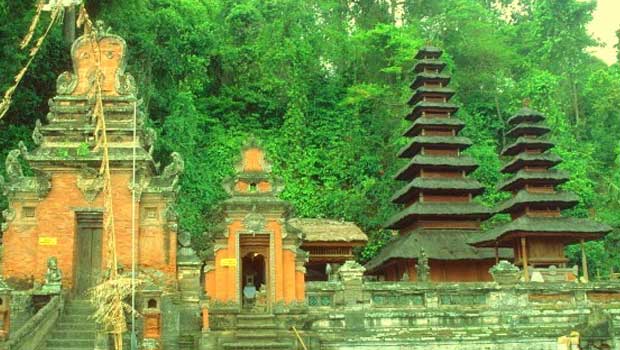 A Tourist’s Guide To Balinese Temples

Next to the natural wonders of Bali such as beaches and coral reefs, the temples are its next-biggest attraction. They’re picturesque, exotic, historic, and world-famous. Some of them get thousands of visitors per day. But they can be baffling, too. We’ll try to demystify temples in Bali with this handy little guide:

Hinduism is easily the most complicated religion in history. It appears to be polytheistic, meaning that there’s many gods, but also all gods are said to be one god in many forms, rather like the Judeo-Christian trinity. Furthermore there’s sub-castes of gods; there’s a trinity of Brahma, Vishnu, and Shiva, and then there’s the lesser Vedic gods who resemble ancient Roman / Greek gods in being associated with some aspect of nature. Hindus also believe in reincarnation, and Balinese Hinduism is further complicated by the mixing in of some animism and ancestor worship on the side. There is also a different attitude towards sexuality, tending to view it as holy worship rather than a shameful sin as with Western religions.

END_OF_DOCUMENT_TOKEN_TO_BE_REPLACED Some Balinese Words And The Cultural Concepts Behind Them – PART 1

This will not be a general language guide to Bali. Rather, this will be a specific focus on Balinese words which sum up a concept that is uniquely Balinese (or at least Indonesian). This is important to know, because none of these words have a direct translation into any English dialect. And so, each of them provide an interesting insight for those about to visit (or return to) the island of Bali.

In the west, we might have mottoes like “everyone for themselves” or “may the best player win”. This spirit of individual competition is somewhat looked down upon in Balinese society, in favor of “rojong”, the sharing of work so that all may gain equal benefit from the results. Kind of in a commune / socialism sense, many Balinese villages thrive on community gardens, group herding, and sharing of resources and even living space. If you’ve heard the expression “it takes a village to raise a child”, that’s the kind of spirit the Balinese have.

END_OF_DOCUMENT_TOKEN_TO_BE_REPLACED

Some Balinese Words And The Cultural Concepts Behind Them – PART 2

Here are yet more Balinese and Indonesian words with complex ideas behind them which are unique to that part of the world. Vacationers in Bali, no matter how casual, would benefit from getting to know some of these concepts, because they express ideas that are both uncommon to the Western world-view and indelibly embedded into Balinese society.

Rasa – The feeling evoked by a work of art.

Arts in Bali and most of Indonesia have a trait that is peculiar to Western thought: they may be overwhelmingly sad, scary, erotic, or humorous, to the point of making the work itself a caricature. Don’t be confused by this over-bold statement; this is actually the “rasa”, a Sanskrit word that’s seen as a quality to strive for. There’s some dozen of them, and they’re meant to invoke different Hindu gods and even have chakra colors associated with them. For instance, a statue of a conquering warrior might invoke the “viram rasa”, associated with the deity Indra and the color yellow.